Has anyone else found Deezer (www.deezer.com/). It is a constant source of tension on our boat. Deezer has a library of millions of music tracks that you can play for free and legally. There is no facility to save or record them but you can play them as often as you like. The library is vast and we have to select tracks in turn otherwise one of us would be sleeping outside and I might get a little cold. On the other hand you could go onto Limewire (www.limewire.com/) or edonkey (I've just realised they've closed that one down), OK, Kazaa then (www.kazaa.com/) and download music illegally. I shan't be reporting you to the music industry one way or the other. After all, it has absolutely nothing to do with me. It's a shame others don't think the same.

We've been at Trent Lock since we left the Erewash as we quite like it here. Lisa is back at work and I am back to fitting out. We are looking forward to buying the shower at the beginning of next month as it will make up much more indepen

dent not relying on local services. We'll probably make a move down the Soar this week or perhaps this weekend. The Trent was again in flood and 'in the red' so we couldn't have moved during the first half of the week.

It's been quite chilly this week but the only form of heating we have used has been the small Boatman stove which we have found has heated most of the boat in a quite satisfactory way although Lisa does chunter a bit when she gets up in the morning (well she insists on getting up at four o'clock. I'd be chuntering a bit as well if I got up at that time). We have the paraffin heaters to use if absolutely necessary but so far they have not been required. We have no doors on the boat but three of the four bulkheads are in position. I may have to put a temporary door between the bathroom and the last part of the boat (used as a junk room/storage at present). This is the only part of the boat not warm enough to reside in. After banking up, the stove goes all night and most of the rest of the next morning. After experimentation with many fuels we have decided, like most other boaters, that Taybrite and Excel are the best, cleanest and easiest to use.

Debbie has had a fair amount of response from Mysinglefriend.com so I am quite pleased that I didn't put people off with my write up and that it may have worked as a bit of a gate keeper to keep out those wishing to chance their arm and not realising the challenge they would have to put up with.

Here's some piccies. We should all be honoured as Lisa normally doesn't allow photos of herself on this but I think I caught her on a good day. 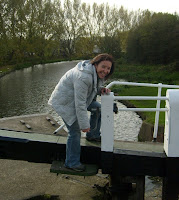 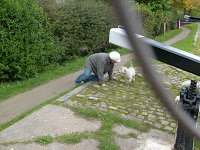 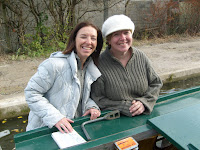 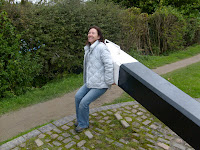