When I was having a wee the other night on the towpath... Sorry. You what, didn't you know that ALL cassette users wee on the towpath when it gets dark. That's a little naive I think. Of course we do. Instead of emptying every three days, it can make it three days and six hours. That's the difference between doing a run at nine o'clock at night and at ten in the morning. You should really know what we do when we get all the timings wrong, or shouldn't I talk about that. Best not. Let it be the monster in the attic we never mention. I'll leave the photos for another day.

We are now at Trent Lock. Well we were pointing that direction so we thought we'd just follow though. I'm on the lookout for the boat that was mentioned on Canal World Forum and Narrowboatworld that did a runner on a couple of mechanics that had done the work for him. CWF did the usual destroy thing with the original poster and members invented complete scenarios that never happened but that's what anonymity does to people. Nobody has ever been nasty to me on the towpath or at a lock, but then again I'm 6'4" and am usually carry a large heavy piece of right angle metal in my hand. But I reckon that on the forum those that would never dream about being nasty to me in person would be really different.

What has happened to Kegworth Deep Lock. It has become Kegworth New Lock for some strange reason. Seemingly hirers were scared by the fact that they may be going through a 'Deep' lock' so BW changed it to, 'New Lock' to ease their fears. But it was only a little half hearted attempt. I'm so pleased that they are to be all sacked as one of the quangos to be dumped. If only that was really going to happen. It'll be the same people running BW under a different title with more money. 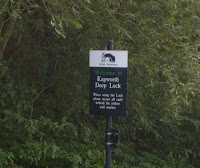 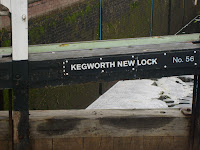 Or am I being a little cynical here.

There is a big difference between narrowboat drivers on the river and narrowboat drivers on the canal. River drivers are much more aggressive in their manoeuvring and use of the engine but canal users are more cautious and use minimal revs in their movements. River users are very aware of the current (as they should be) but put them in Braunston on a busy sunny summer afternoon, they may well be the cautious, nervous ones. Or maybe not.

I saw nbBalmaha at the pontoons at Trent Lock the other evening but looking at Mo's blog, it hasn't been updated for five weeks. Hope all's ok with them.

Hi Pete
Didn't see you, but we were distracted with family onboard.
The Blog is still updated weekly so you might want to click 'Refresh' on your browser.
Off to Beeston yesterday (Sunday) and heading for downstream Trent for the rest of the week. If you were going clockwise we could have bumped into you on our way back to Leicester.
Thanks for the warning about the 'NEW LOCK' I'll enter with caution, I'm suspicious of new things.
All the best
Mo

I am a silly ass. It's just not updating on my blog list. Can't work out why that is. Anyway, glad to hear that you're still alive.

We're making our way to the Nottingham Beer Festival on the 15th of October then down to Newark the following week.

Just to put record straight.... I have NEVER weeeeeeed on the towpath!!!!!