Detractors and a long weekend 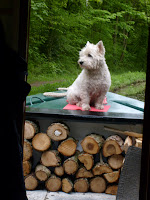 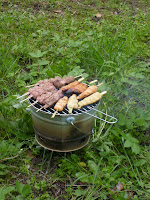 I have many detractors, least of all the bunch of interfering busybodies who read this blog. I've changed the picture on the top header thingy just to please the 'ne'er do wells' who seem to think that the previous picture was out of date. I will not be criticised on my own blog and only changed it out of good will and because I'm a nice person. Sod off back to Granny Buttons if you're

We're back on the Ashby and left the Lime Kilns mooring on Tuesday morning (as documented by Derwent 6) and made our way to a mooring short of Market Bosworth, which is our favourite mooring on the system. Not before the bridge with the other six live aboards who seem to have gathered there, but after it, where there's no-one. But this weekend we have ventured up to Shackerstone for the bank holiday weekend. After a couple of pints in The Rising Sun at Shackerstone and several more in The Globe at Snareston we headed back from whence we came. 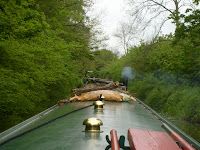 I did say that I thought that many of the liveaboards had disappeared from the canal but some are still left and a boat passed today which I recognised that contained several boatloads of them all on the same boat. Maybe that are concentrating their efforts on one boat instead of several boats. It makes sense I suppose. 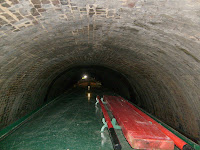 I forgot to take the chimney down before we entered SnarestonTunnel and (you guessed it) lost it within the depths of said tunnel. I tried trawling with the magnet on the way back but you can never find things unless you can identify exactly where you lost them can you. New one this week then methinks.

Are condolences in order for a lost chimney? Does Hallmark make a card for such a situation?

I'm not sure about the photo...

Another chimney has gone to the depths. Something to add to your Christmas wish list no doubt LOL. Happy cruising. Jo